“God takes and heals. I picture God knocking on the door of their hearts. Once they open the door, God will heal the brokenness.” Vicki Thorn is the 2010 Woman of Faith selected by the Sisters of the Divine Savior (SDS). This is the tenth annual Woman of Faith event that is intended to honor women who have followed the Gospel message to help others. Vicki is the founder of Project Rachel, the post-abortion healing ministry that extends to 165 dioceses in the United States, Canada, Mexico, New Zealand, Bahamas, Slovakia, Guam, Ukraine and China.

Years ago Vicki Thorn’s life was forever changed. A friend confided that she had an abortion and the effects had devastating lifelong results. The friend’s story so moved Vicki that she decided to major in psychology at the University of Minnesota. “I learned that an abortion does not solve anything and creates more difficulties for the women and men involved,” she explained.

Vicki graduated, married William Thorn and the couple moved to Milwaukee. Today Professor William Thorn is the Chair of the Journalism Department at Marquette University. She became Co-Director of the Respect Life program for the Archdiocese of Milwaukee in 1977. Several months later, the Thorns’ first of six children was born. In 1973, abortion had become legal, and in 1975 the United States Bishops asked for post-abortion healing programs. With Archbishop Rembert Weakland’s help and support, Vicki founded Project Rachel. The name comes from the Old Testament, “Rachel mourns her children, she refuses to be consoled because her children are no more. There is hope for your future.” (Jeremiah 31:15)

The diocesan program was designed to train teams of priests, mental health professionals, spiritual directors and other caregivers. When the invited media learned the focus of the first training session, the program received national and international coverage.

“The woman who has had an abortion is a mother who has lost a child in a traumatic and unnatural fashion. There is great guilt and grief. They cannot forgive themselves and worry that they cannot be reconciled with their God and Church. Pope John Paul II and Benedict XVI have reached out to these women. The latter asks that we all be Good Samaritans and help them to return to the Church,” Vicki says.

“These women have a sore spot in their hearts. Each one is a mother who lost a child. Once they experience God’s forgiveness and reconcile with their lost child/children, they can forgive themselves. God takes and heals. I picture God knocking on the door of their hearts. Once they open the door, God will heal the brokenness.”

Vicki points out that many others are impacted by an abortion — the fathers, grandparents, siblings and friends. “From the very beginning, men were calling. Over the years, we have conducted conferences and healing sessions for the dads and others that are feeling loss and sadness,” she explains.

In 1990, Vicki founded the National Office of Post-Abortion Reconciliation and Healing (NOPRAH) to help Project Rachel coordinate additional post-abortion services. To contact either group, call 800 5WE-CARE. Decades after abortion was legalized, estimates are that over 50 million abortions have been performed in the U.S. and almost as many annually in the world. Rarely are the effects on a couple and family studied. Project Rachel, a ministry of the Catholic Church, is open to anyone, regardless of religious affiliation. Since the founding of Project Rachel, similar outreaches have formed in other churches and organizations.

Sister Patricia Kieler, SDS nominated Vicki for the Woman of Faith award. “As Salvatorian women, we too are committed to the healing of women, as we continue to grow in our awareness of belonging to a global community and having a commitment to making God known everywhere by all ways and means. Vicki’s ministry has facilitated the healing of thousands of women throughout the world. She embodies the wonder and power of women at work in our Church and world, in the global community, beginning right here in Milwaukee, Wisconsin.” 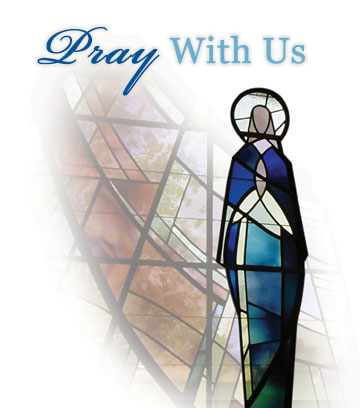